Jyväskylä offers comfortable housing in central Finland. Studies have identified Jyväskylä as one of the most popular residential cities and relocation destinations in Finland. It is indeed easy and pleasant to live in Jyväskylä.

Jyväskylä has many lakes, parks and forests. Jyväskylä is located near lake Päijänne, which gives the city a special atmosphere. The city offers both versatile services and excellent opportunities for outdoor recreation. Jyväskylä has a large student population of more than 40,000, but there are also many families with children. Jyväskylä is considered the sports capital of Finland. Jyväskylä is home to a northern European centre of competence in top-class sport, the only Faculty of Sport in Finland and a Research Institute for Olympic Sports.

Jyväskylä hosts up to 5,000 events every year. Architect Alvar Aalto used to live in Jyväskylä, and culture still has a strong presence in the city. There are, for example, several buildings designed by Alvar Aalto in Jyväskylä.

Sports and the well-being of residents are also important focus areas for the city. The Rantaraitti trail around Lake Jyväsjärvi is a scenic and popular outdoor trail around lake Jyväsjärvi, and in the winter, there are Nordic skating tracks on the lake. Neste Rally Finland is held in Jyväskylä every summer, attracting thousands of visitors and enthusiasts from around the world.

Jyväskylä has a central location along an efficient road network. The distance to Tampere and Kuopio is 150 kilometres, while Helsinki is 270 kilometres away. There are also fast trains and buses and boat routes to places such as Lahti.

Your own Lumo rental apartment in Jyväskylä

Easy living in the centre

Jyväskylä city centre has a cosy pedestrian centre, with most of the services located near the main pedestrian street. The street is a busy meeting and shopping place for locals and tourists, particularly in the summer.

The Lutakko area is located on the edge of the centre, by a lake, and it is a popular residential and outdoors area. Lutakko is also home to an exhibition and conference centre that serves as the venue for a wide range of events. Many popular summer events are held at Lutakko square and the harbour area.

In the town centre, the beautiful Kirkkopuisto park, the Kompassi town square, outdoor cafés and events in Lounaispuisto park create a strong Jyväskylä spirit for locals and tourists alike to enjoy. The shores of Lake Jyväsjärvi are also nearby. The town centre also has a travel centre with a train station and bus station for easy connections to many different directions, such as the Himos ski resort in Jämsä.

Ainola, Kuokkala and Suuruspää - near the lake and city centre

Ainola is located some two kilometres from the centre of Jyväskylä. The Lumo rental apartments in Ainola are located on a beautiful spot near the lake. The popular Rantaraitti trail around Lake Jyväsjärvi is also located nearby. The centre of Kuokkala is in the immediate vicinity of Ainola and Suuruspää, with diverse services, such as a health centre, shops and restaurants.

Comfortable living near parks and nature

Kukkumäki is located some three kilometres from the centre of Jyväskylä. The University is near Kukkumäki. These neighbourhood are excellent choices for anyone who wants to live in an urban setting but near parks and nature. The central hospital that employs thousands of people is also located in this area.

The rapidly developing Hippos area nearby offers great opportunities for playing and watching sports, including an indoor swimming pool, indoor skating rink, Finnish baseball field and multi-purpose building. Close by is another charming and green neighbourhood Keljo. A bit further from the city there is also the nice and quiet area of Keljonkangas.

Seppälä and Huhtasuo - enjoy the outdoors

Kangaslampi and Varikko are located about five kilometres from the centre of Jyväskylä. The area is the perfect choice for people who want to enjoy the outdoors. The neighbourhood has good skiing and jogging trails as well as Lake Kaakkolampi, where you can swim in both summer and winter. There is a health centre, maternity and child health clinic, library and a grocery store in Huhtakeskus.

Seppälä with its is only a few kilometres from the town centre. The area has good public transport links. Pupuhuhta, Aittorinne and Holsti are all located near the diverse services of Seppälä.

Palokka is on the north side of Jyväskylä, near the shores of Lake Palokkajärvi and Lake Alvajärvi, on either side of National Road 4, about five kilometres from Jyväskylä. With a population of more than 14,000, Palokka is one of the fastest-growing and most attractive districts of Jyväskylä. It is close to nature, with lakes and hills, yet it is only a short distance from the main roads and the airport. Palokka is a local centre in Jyväskylä.

There are diverse services in the centre of Palokka. The health centre and dental clinic also serve people who do not live in the area. Completed in 2012 and designed by Perko Architects, the Palokka school building is home to a comprehensive school as well as the local library and an adult education centre. The local services also include grocery stores, hair salons, beauticians and physiotherapy. In the summer, you can buy vegetables, berries, fruit and a refreshing ice cream at the market square.

West of National Road 4, you’ll find the Palokankeskus retail centre with various shops. There are also many companies and shops based in Kirri. In addition to the Palokka comprehensive school, the Jokela and Keski-Palokka schools are also located in the area.

Jyskä is a residential area that lies between Vaajakoski and Jyväskylä. The distance to the centre of Jyväskylä is about six kilometres and the area has good public transport links. There are also good skiing and jogging trails near the area. About 1.5 kilometres away, in Vaajakoski, there are municipal services, a grocery store and restaurant services. In Vaajakoski, you’ll also find a sports centre, a sweets factory with a shop as well as an indoor swimming pool. There is also a supermarket in Vaajakoski and a primary school in Jyskä. 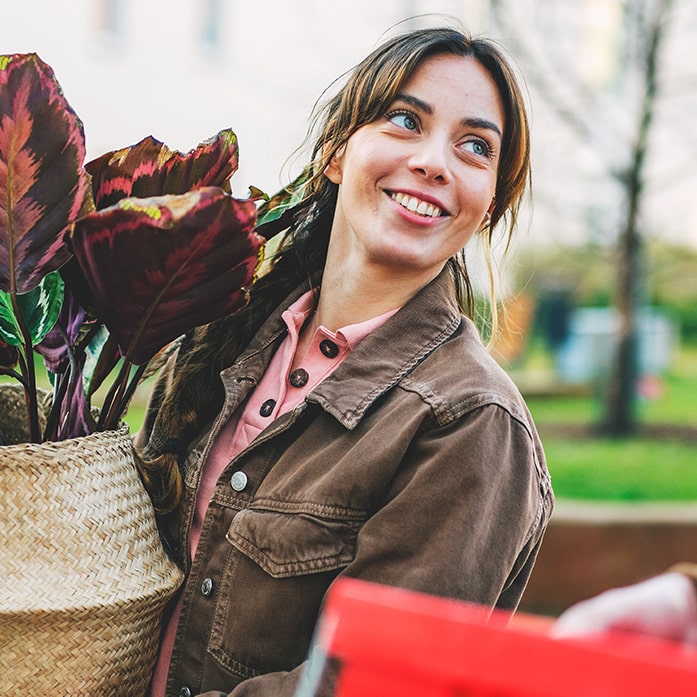